archeology of contemporary and border 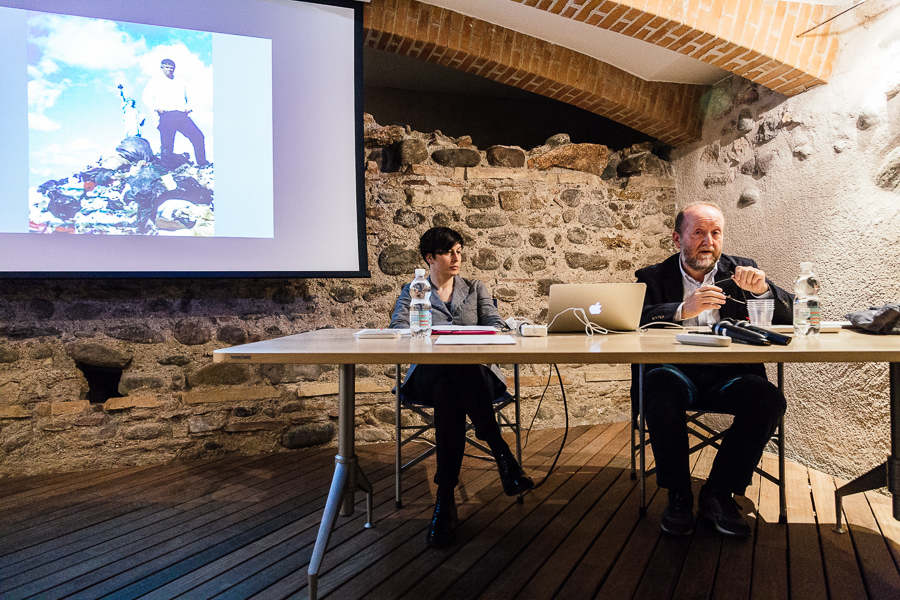 Three meetings with several voices with speakers who reflect on issues of contemporary archeology and the border with the aim of forming a working group of artists and scholars devoted to the cultural and social discourse on the contemporary city.Two other dates are planned for the working table of the group format.
The look archaeological characterizes the approach to the study of the fragments and fragmentary archives of the past, according to which the object partial rejection of history is studied LIKE the remarkable monument. The fragmented and discontinuous, all'escluso and forgotten is the task of challenging the illusion of a linear continuous human history. E 'in this fragmented that recognizes a deep collective value, proposing an archeology of the present, with a view indicated by G. Hidden in "Western Fictions" which states: "It is understandable then why archeology, if ever it is a science, is the science of margins. And 'the science of what is left out of the city, or buried in the city, behind the grand facades, or the dark side of the prospects. "
PROGRAM:
Saturday, May 16, 2015 at 10: 30- 18:30Archaeological area of ​​the Palazzo Lodron, Piazza Lodron Trento
The first meeting will explore the theme of waste and the archeology of the present, which will discuss:
Franco Nicolis, archaeologist, director of the Archaeology of the Superintendence of Cultural Heritage of the Autonomous Province of Trento. He has conducted numerous excavations from the Mesolithic to the Roman period, she has organized international conferences, and participated in conferences in different universities and European institutions (University of Bristol, University College London, University of Nottingham, Collège de France, Paris, ...) Among the His publications "Background to Beakers. Inquiries into regional cultural backgrounds of the Bell Beaker complex ".
Sarah Marini, architect, PhD, is an associate professor in architectural and urban composition at the University Iuav of Venice. He is director, Alberto Bertagna, the series "In theory" and member of the Scientific Committee of the series "City and landscape" for the publisher Quodlibet. He is director, Alberto Bertagna, the series "Carte Blanche" for the publisher Bruno. Among his publications, "New lands. Architecture and landscapes of the gap "and" Architecture parasite. Recycling strategies of the city. "  Sunday, May 31, 2015 at 10: 30- 18:30Working table
Saturday, June 27, 2015 at 10: 30- 18:30Underground archaeological area of ​​Sas, Piazza Cesare Battisti Trento
The second meeting takes between latent themes to the border, which will discuss:
Achille Varzi, philosopher, since 1995 teaches logic and metaphysics at Columbia University in New York, where he was director of the Department of Philosophy. It is on the board of The Journal of Philosophy and the executive of the Stanford Encyclopedia of Philosophy. In 2007 he was awarded the Targa Giuseppe Piazzi for scientific research, and in 2011 the Premio Paolo Bozzi for the Ontology. Author of more than a hundred volumes of publications and journals.
Piero Zanini, architect and anthropologist, associate professor at the Ecole Nationale Superieure d'Architecture de Paris La Villette, member Laa - Laboratoire architecture Anthropologie. Author of various publications of "The significance of the border" (1997); Franco Cecla "The Bare Necessities. History and geography of a sea limited "and" A moral for every day. "
Folder, is a design agency and research founded in 2011 by Marco Ferrari and Elisa Pasqual, it operates in the areas of exhibition design, and editorial information. Their care of the "Italian Limes" made with Peter Leoni, Delfino Sisto Legnani, Alexander Mason, and Angelo Semerara, for the XIV International Architecture Biennale of Architecture in Venice in 2014.  date to be agreed hours 10:30 to 18:30 Working Table. November 5, 2015 ore 18:00 to 20:30Yellow building area ex - Michelin,Via Roberto da Sanseverino 95, Trento
Final public meeting of the study days
Cristina Mattiucci, architect and professor of Environment and Territory at the Faculty of Sociology of Trento, a member of the Museum's Wunderkammer and Professionaldreamers.
Elvira Vannini, critic and researcher of contemporary art and lecturer at NABA in Milan.
and the authors of the Green Curtain:Ignacio Maria Coccia, a photographer working for the agency Contrasto;Matteo Tacconi, journalist writes on various newspapers, including the Friday of the Republic and The Gazette.
The initiative is part of the "Archaeology of contemporary fragments of this", realized with the contribution of the Foundation Caritro and thanks to the collaboration of Tridentum Sotterranea.