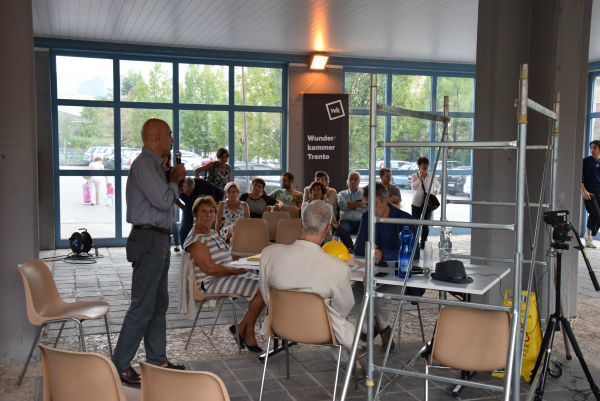 Utopia’s topic is the usage the institutions do of common projecting as an instrument for the production of agreement. In Utopia, representation and reality meet in a circular movement between what is public and what is private, individual and collective, memory and present, and this is meant to provoke a short circuit in the separation produced by the “museification of the world”. The conceptual dislocation that takes place between reality and imagination allows us to open a critical reflection about the conflict between the institutions and the city, between territorial policy and individual imaginary. The performance is part of the artistic action begun with the creation of a work group by people who use the exercise of participation in their own jobs and that collectively decided about the group’s public form. Among these: Piergiorgio Caserini, Vincenzo D'Andrea, Michela Embriaco, Cristina Mattiucci, Mauro Milanaccio, Maria Grazia Ruggieri, Luigi Scolari, Francesca Testa. Attends also Ivana Franceschi. After the meeting, the performance goes on with an acoustic intervention by Federico Robol and Elia Pedrotti.